Several years ago if you would have asked me what quinoa was, I would have had the “deer in headlights” look on my face!

Quinoa (pronounced keen-wa) is probably the most perfect plant protein that can be found!

Naturally gluten-free and wheat-free, this is THE perfect food for those of us who suffer from celiac disease or have gluten-sensitivity.

Nutrient-rich, quinoa has anti-inflammatory properties, contains all of the essential amino acids, and is a great source of manganese (migraine sufferers often are lacking this)!

I am comfortable cooking quinoa and anyone who knows me, will tell you that I LOVE to collect recipes and will try any recipe at least once. That being said, I discovered this amazing breakfast quinoa.

Being a “Martha Stewart Wanna-be” (as far as crafts and recipes go), I learned that she has a video series called Eat Clean with Shira Bocar, the Martha Stewart Living food editor.

The recipes in this series are simple and nutritious.

Here is a link to my new favorite quinoa recipe, called Quinoa Porridge!

I wrote down the recipe as Shira spoke on the video, so here it is!

Swirl ingredients and then bring to a boil. Reduce to simmer and cover for 16 minutes.

When done, fluff with fork and set aside.

Chop half of a pear into bite-size chunks. Grab a handful of toasted sliced almonds.

(I toasted sliced almonds on parchment paper in a 350˚ oven for about 5 minutes….as soon as they are fragrant, remove from oven)

Assemble the porridge by placing quinoa in the bottom of a bowl. Add some almond milk, place chopped pear on top and garnish with toasted almonds.

Quinoa can be eaten for breakfast! 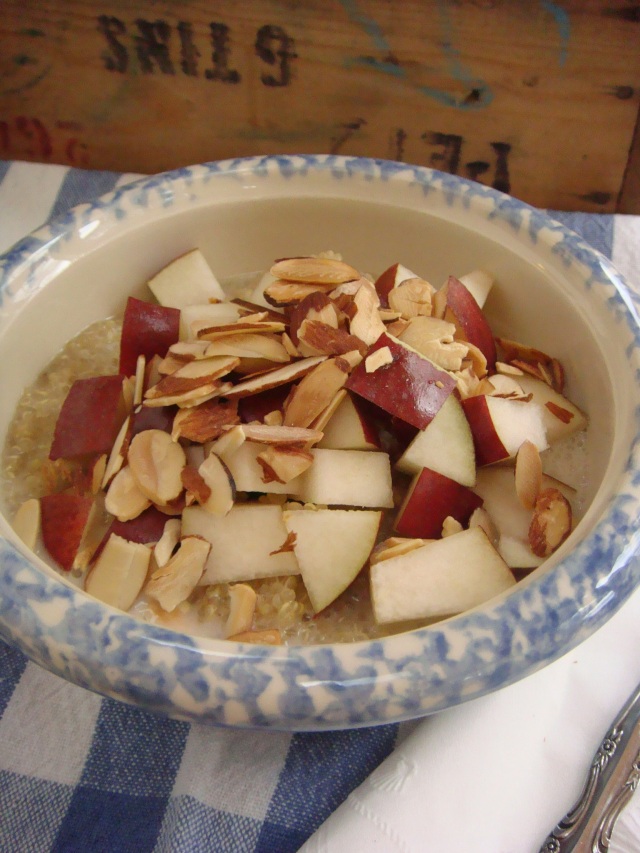 Quinoa is a seed, not a grain! 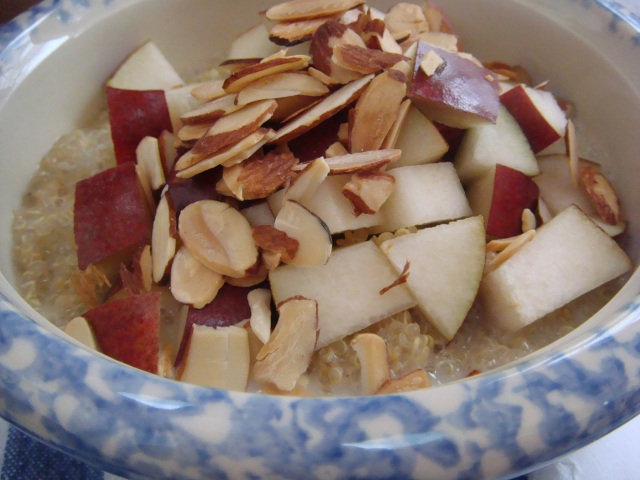 Quinoa will keep your tummy happy! 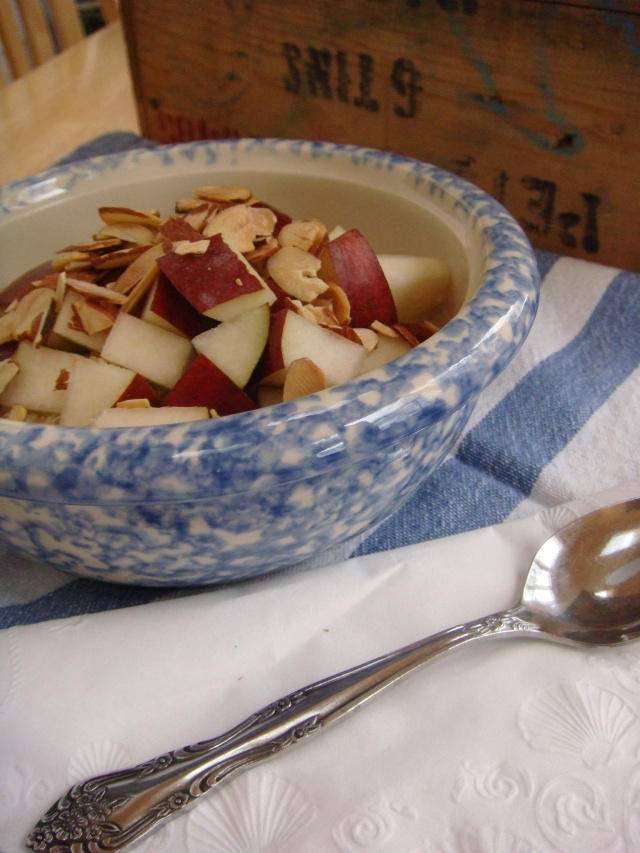 What kind of “double talk” is this?

We wanted to name our blog "double talk" to give you, the reader, two different perspectives on living with celiac disease. One from the viewpoint of a mom, and the other from a daughter. Since we were diagnosed at two very different times in our lives, we see things much differently! Join us as we share our experiences!

What I Made Monday

What's Katie Up To ?
iaccidentlyatethewholething
Cooking Up The Pantry

Something Clean Something Green

Learn about Goan and Indian Recipes